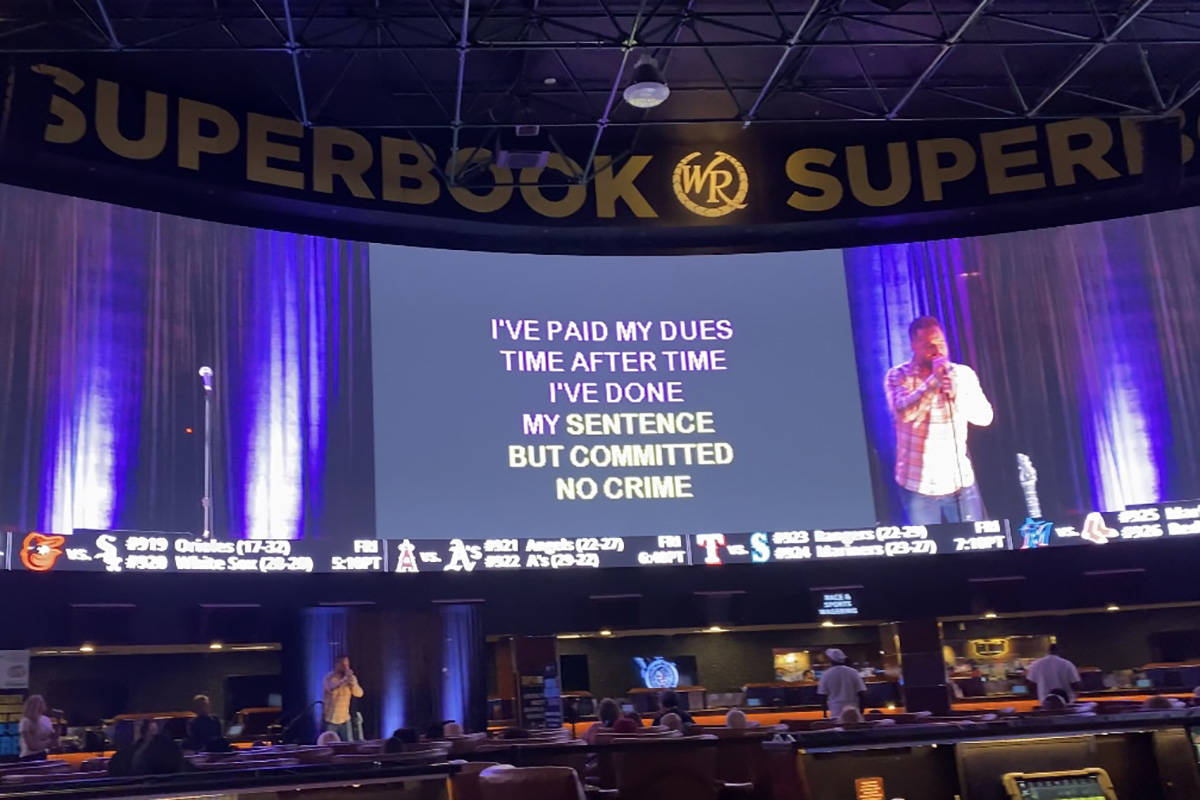 
We went to the Westgate SuperBook a little after 10pm Thursday night. Within minutes, a Tony Award winning artist was singing Queen in front of a mix of sports bettors and karaoke fans.

Yeah, the English tenor Alfie Boe booming voices filled the fortress. He took the stage (or rather the platform) in the regular lineup of Super Karaoke. But he’s not a regular singer. His take of “We Are The Champions” rocked the place.

Hardly anyone realized who this singer was, who won a Tony as a cast member of By Baz Luhrmann 2002 cover of “La Bohème” on Broadway.

After Boe returned to his seat at one of the SuperBook VIP booths (winning a Tony provides that convenience), I asked, “How about your live appearance? Before tonight, I mean.

“I sang on the occasion of the 25th anniversary of Les Misérables. I also played for the queen, ”Boe replied, then laughed. “But that was before tonight.

Boe discussed his appearances at the 25th anniversary show ‘Les Misérables’ in 2010 at 02 Arena in London, as well as Queen Elizabeth’s 92nd birthday production at the Royal Albert Hall in 2018.

From the Queen of England to the Queen of the SuperBook. Yet another sign of the reopening of the city. Boe was in town for a weekend getaway with his kids. The great tenor could also have a more formal performance at the hotel.

In case you didn’t know, Super Karaoke is the Westgate SuperBook’s new on-track singing night, which runs from 10 a.m. to 2 a.m. on Thursdays. Games are usually played around this time, and the hotel officials thought, hey, let’s use that huge seating area and video wall.

Sound rumbles through the annex, with singers depicted on two giant LED panels and lyrics in the middle.

Vegas singer Krystal Goddard, The new host of Super Karaoke, introduced Boe. Powerful couple from Westgate Cabaret “Soul of Motown” Brandon godfrey and Sean Stewart, with a singer colleague Toscha Comeaux, were among the facilitators of the room.

The hotel brass was also out late on a school night. Chairman and CEO of Westgate Cami Christensen, vice president of hotel marketing and entertainment Dawn Rawle, and Vice President of Public Relations and Community Affairs Gordon prouty hung out with Boe.

The series debuted on May 20. Yours really sang “Stray Cat Strut” to open the series, and if you missed it, disappointment. Prouty also sang, and even added top-level choreography, to Dean Martin’s “Ain’t That a Kick in the Head”.

We will be back, probably next Thursday. But I step away from Mr. Boe before singing again. You never know when Mr. Valjean will show up at the SuperBook. Bet on this man, every time.

John Katsilometes column runs daily in section A. His “PodKats!” podcast can be found at reviewjournal.com/podcasts. Contact him at [email protected] To pursue @johnnykats on Twitter, @ JohnnyKats1 on Instagram.