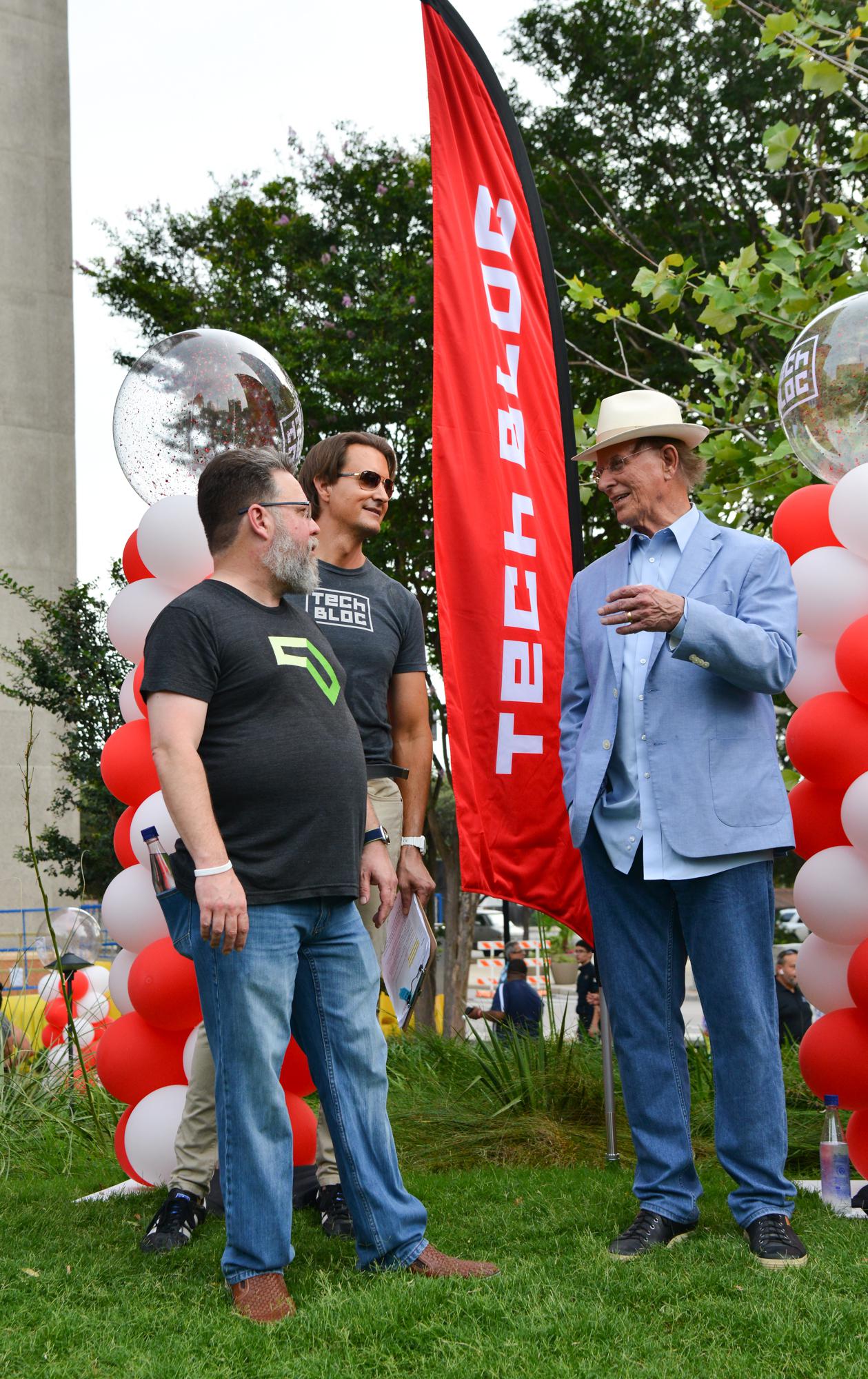 San Antonio geeked out on Thursday night as 1,300 techs and fans gathered to celebrate a safe return to business downtown as COVID restrictions eased.

The city’s tech advocacy group Tech Bloc hosted the Tech District Reboot Rally at Legacy Park to mark a sort of reopening for a growing tech district centered around the intersection of Houston and Soledad streets.

“I’ve dreamed of this day for a decade,” said Graham Weston, co-founder of Rackspace.

He told the story of a CTO who told him 10 years ago that he would not be moving to San Antonio because there was no start-up scene, no developer community. software or large urban parks.

“And, I can say all of these things that we have today,” Weston said.

The outdoor reunion included a barbecue and free drinks and looked like a pre-pandemic concert or picnic with a few high-tech twists. 9ft tall SAPS dancing robots hovered around the crowd as a small drone hovered above their heads. A disc jockey played music as people honed their networking and conversation skills after a year off.

JZ Garcia, 17, is in the first class of the downtown Centers for Applied Science and Technology Tech high school. She and several classmates were among the dignitaries which included Weston, Judge Nelson Wolff of Bexar County, UTSA President Taylor Eighmy and various tech CEOs during the rally’s opening remarks.

She called the event “fascinating” and the concept of a tech district “inspiring”.

“It’s a whole new start,” she says. “And a whole generation, we’re getting closer to technology and just improving our way of life.”

Wolff said there are nearly 100 tech companies in the city’s central district and, although the tech industry has weathered the pandemic better than others, the pace of growth has slowed in 2020.

David Heard, CEO of Tech Bloc, was delighted that so many people attended the event.

“We achieved our fundamental and fundamental purpose of the event which was to reconnect, reconnect our community face to face, not on Zoom, not on conference calls, but finally in a place where we can share experiences together. “, did he declare. . “And do it in the heart of the tech district as well.”

This story will be updated.

Annie Haslam of the Renaissance on the 50th Anniversary Release, Ed Sciaky