Former Tusker Project Fame star David Major has shown that he can still turn heads with his voice, despite the issues in his life.

The musician has recently recovered from drug addiction and has experienced massive growth as he tries to get back to his best.

In a video shared on his Instagram account, David showed he may have lost his way, but not his singing.

The singer attended a karaoke night at a club and picked up the mic to give his fans what they were lacking. 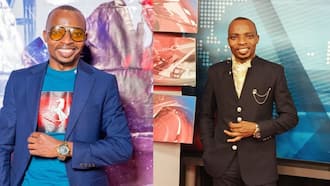 Perform an interpretation of Baby Face Every time I close my eyes David hit all the high notes with passion in his eyes, showing his love for music.

The revelers could be heard cheering in the background, apparently in awe of David’s powerful voice.

The singer thanked those who made this moment possible, noting that he had a great time.

â€œDeeply grateful to @porini_jangwani, @mclizanyango and @ swthedj254 for a spectacular evening. I felt extremely welcome. Thank you especially for capturing this moment,â€ he wrote.

Many of his fans and friends, including former TPF roommate Wendy Kimani, have praised him, with some noting their pleasure in seeing him do well.

â€œSo happy to see you doing what you love the most! “

” Shit ! amazing David. Your voice is still on fire. 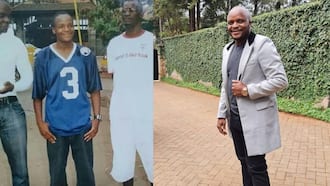 Jalang’o publishes memorable photo in memory of his days in poverty: “No give up”

“Love it, keep winning my brother.”

“You look good because / Do people tell you you look like Tevin Campbell? .. from afar.”

The return of social networks

David made his social media comeback in April after months of illness and work on himself.

The singer shared a photo on his Instagram showing great recovery alongside a post from a Shannon L. Alder quote that is close to his heart.

His caption reflected what exactly had happened to him a few months ago when he was spotted hanging around shops on the streets looking like a shadow of himself.

David noted that it was time to start over, restore his image and rebuild what was destroyed.