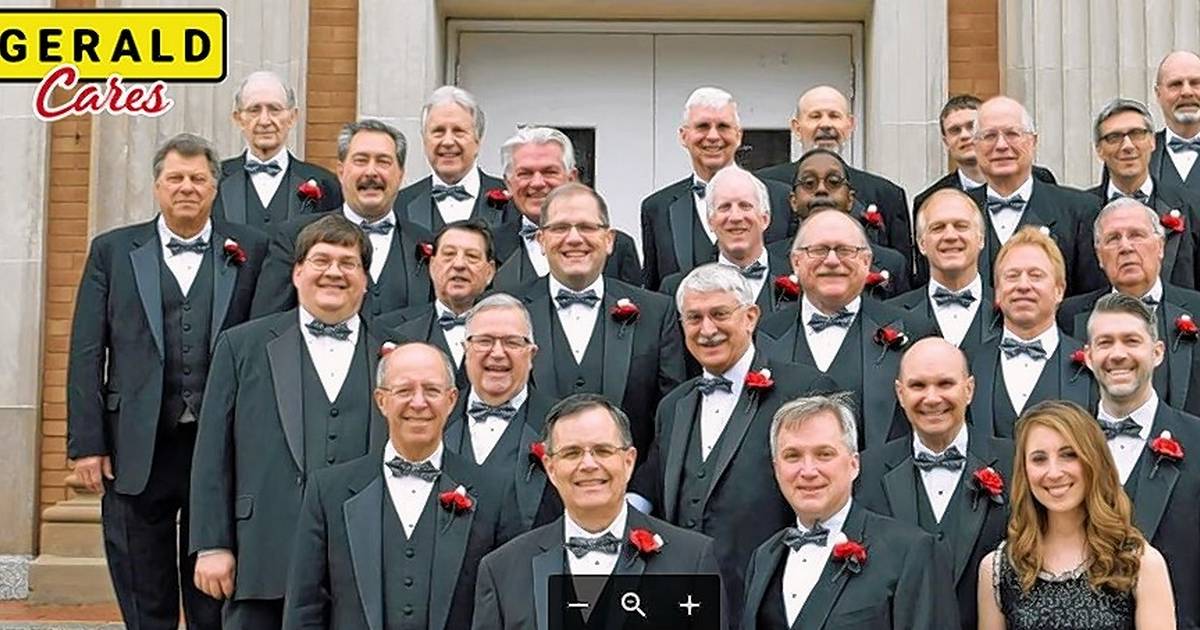 
After more than a year of canceled concerts, postponed performances and events with uncertain dates, the Naperville Men’s Glee Club (NMGC) brings back a sense of normalcy in the community. The four-part all-male vocal group has been delighting audiences in and around Chicago as well as national crowds at New York’s Lincoln Center and Washington DC’s Kennedy Center for over 30 years. In June, the group will host their “Drive-In Dreams Concert”, once again bringing the joy of music to Naperville.

“We are excited about our ‘Drive-In Dreams Concert’, which is our dream gig to get back into live performance after a year of many virtual performances due to the pandemic,” said Richard Ryan, Tenor 1 and Marketing Director of NMGC .

The concert is scheduled for 3:00 pm on Sunday June 6 in the parking lot of Community Christian Church, also known as “Yellow Box Church,” on Ogden Avenue and Rickert Drive in Naperville. The concert is a safe and socially remote event that gives members of the public the opportunity to see and listen from the safety of their vehicles or set up lawn chairs in a specially designated area. Those who choose to enjoy music from their car can listen to a simulcast on the FM radio. Viewers are sure to recognize many of the songs the band are supposed to perform, including “The James Bond Theme”, “Over the Rainbow”, “A Star is Born” and many other wonderful musical selections.

After a difficult year for all, Ryan said the band members, aged 20 to 80, were ready to return for live concerts. Thanks to talented NMGC director Dr John Rakes, the band maintained their performances through virtual performances and socially distant rehearsals in the Warrenville parking garage.

COVID has not only had an impact on rehearsal schedules and performances, but it has also had an impact on funding for the arts. Ryan said he was especially grateful to supporters like Gerald Nissan of Naperville, who help the band organize events like the upcoming concert.

“Gerald Auto is one of our loyal local sponsors, without whom we could not survive. We appreciate their publicity in our program every year and efforts like this, supporting our Drive-In Dreams concert,” said Ryan.

As a longtime supporter of the arts and local programs, Gerald is happy to continue supporting the NMGC. The dealership includes local organizations that help bring the community together, especially during these uncertain and stressful times.

“Giving back to our customers and the community allows Gerald to thank them for all the support we have received. Giving back to the Naperville Men’s Glee Club is particularly gratifying, given that we were unable to appreciate the performances. live for the past 15 months, “said Deen Collins, a Gerald Auto Group partner.” We’re thrilled to help bring music back to Naperville. “

The NMGC is offering a special price per car ticket of $ 20 and is also asking members of the public to bring a non-perishable food with them to donate to a local pantry. For more information on NMGC and the “Drive-In Dreams Concert”, visit www.nmgc.org. To learn more about Gerald Nissan of Naperville, visit www.geraldnissannaperville.com.